A Rich Man Who Prays To God is Insured

“You are a fool if you store up earthly wealth and not have a great communication and relationship with God.”

The Story of John

A Rich Man is Insured?

John is a wealthy businessman who always prays to God, seeking guidance in all of his actions from the One above all. Just a little back story, John was not born into a life of wealth and riches, he was born poor, his parents are common laborers, and they lived in the slums. Even so, John’s parents made sure that he has a good relationship with God.

Every dinner time, they would say grace and thank God for every blessing they have on the table, however big or small, they thanked God. This practice was carried out by John up to his adulthood. Every Sunday, his parents would teach him the word of God and what struck him was this,  “Son, the value of money is nothing if you never acknowledge and thank God for every blessing you receive and it has no value if you don’t share it to those who need it.”

Even though John’s early childhood was governed by poverty, he never lacked the love and wisdom from his parents, carried all this until he was an adult, and even passed it on to his children and grandchildren. He always reminds them this:

“Life is not measured by the things you own, but how much you touch the lives of other people and how you communicate with God.”

John is doing well– his business continues to grow and prosper and his company is already worth a million-dollar. John’s motto in his business is:

“I will do all the hard work and God will do the rest for me – that is my faith.”

John believed that his prayers were his insurance in the kingdom of God and blessings. John is physically insured as he has physical insurance and spiritual insurance through prayer.

Though successful, John has been through a rough patch– to the point that God tested his faith. His parents passed away, his marriage hit the rock bottom, his business was slowly declining, but did you know what John did?

He cried and he prayed, “God, forgive me for everything I have done, I know this is a test of faith, please guide me through it, I will never be shaken, I trust you, and surrender to you everything.”

John moved forward with his life, he prayed every single day, he prayed unceasingly, he stood his ground, worked passionately towards his goals, and what happened next is the work of God– He didn’t let John down, in his darkest hours, God sent the Holy Spirit to enrich John’s life. From there on, John’s life took a turn and things went his way. His business skyrocketed in sales and his marriage was fixed.

Moral of the Story

John’s story is an inspiration to all of us. Trying times could either make you or break you; we should all be like John. During his trials and tribulations, John never ceased to pray and acknowledge the power of God in his life. He was also:

Faithful. John never questioned God’s plan, instead, he prayed for everything, good or bad. He had faith in God’s insurance.

Industrious. John never expected things to be handed to him by God. He worked hard and passionately towards his dreams, goals, and relationship. He had faith in God but not to the point he’d rely solely on it; he did all the physical work and left the rest to the Holy Spirit.

Believer. He was successful because he believed in God; John became everything because he allowed God to maneuver and do everything in His life, but he also believed in the power of work, his dreams, and God. He believed and God insured him.

Always remember this my dear friend, “God helps those who help themselves,” and prayer without action is nothing. Pray to God every day, have faith in Him, never forget to do the physical work, and lastly, do not expect things to be handed to you– the work of God requires action and hard work.

Before we end, let us pray to Him. Seize this moment of quiet and pray. To wrap it up, be the John that always prays, and do not forget to key in your prayers and prayer requests here. 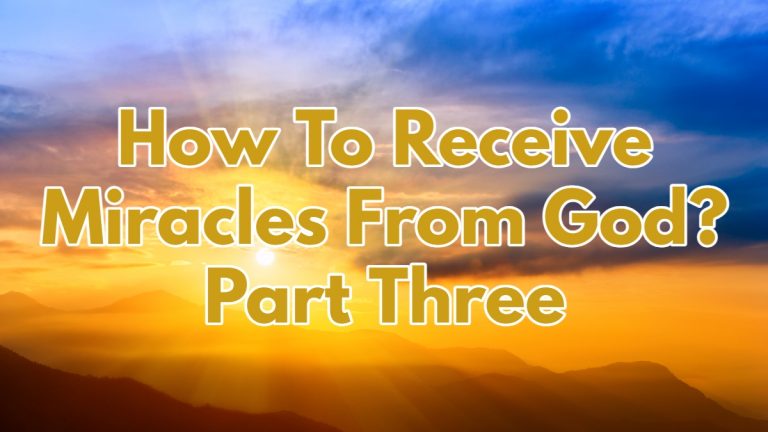 How To receive Miracles From God? Part 3

It’s nice to meet you again, precious creation of God. How have you been? Last time we learned about how we request healing during trials 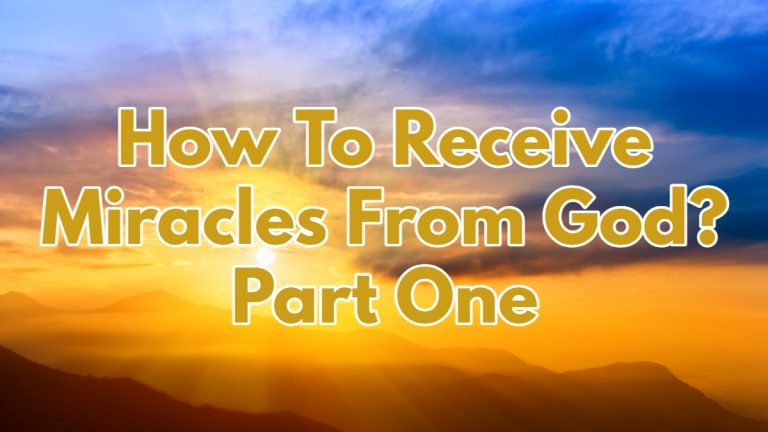 How to receive miracles from God? Part One

Dear Precious creation of God, Today we will talk about Miracles. Since this is probably everyone’s favorite topic, we will devote today’s subject to Miracles. 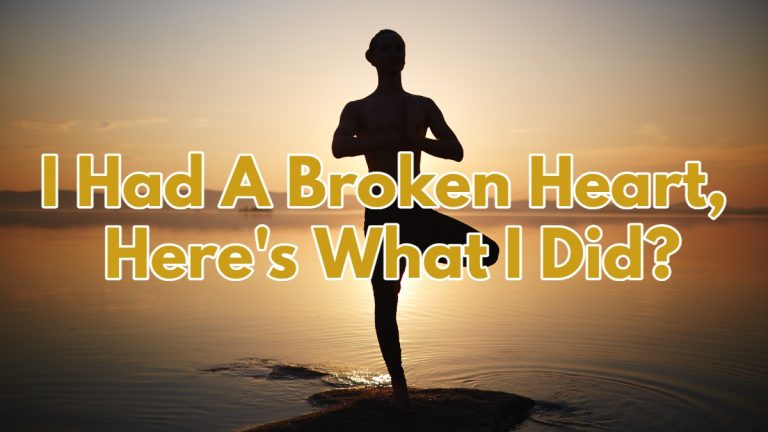 I Had A Broken Heart, Here’s What I Did…

Hello my dear one, welcome! “Pleasure of love lasts but a moment. The pain of love lasts a lifetime.” Bette Davis Have you ever had

Menu
Copyright 2021 | NicoleLing.com | All Right Reserved.
This website is not a part of the Facebook or Google websites. Additionally, this site is not endorsed by or affiliated to Facebook or Google. All brands shown on this site belong to its respective owners.
The information provided on nicoleling.com, and in any reports, emails, ebooks, or other materials you might receive from us is for educational purposes only. We cannot guarantee the accuracy of information, and we are not responsible for how you interpret or apply it.